Back on October 22nd I ran in the Lake Perry Rocks! 50k but have been way too busy since to get around to writing a race report. Someday I’m gonna write a race report the very next day after a race (probably AFTER I graduate).  Anyway, here goes…


Wow, what a great day that almost didn’t happen. The Friday before the race I started getting flu symptoms. Early in the day I thought it was just normal pre-race jitters, but by 7pm I was feeling really sick.  The pernicious little“ I can’t run tomorrow” thoughts started creepin’ in helped by the fact that I was still nursing a sore right ankle from a sprain at Rock-Haven two weeks earlier and sprain aggravation at last week’s Fall Fell trail race. Feeling sorry for myself I decided to go to bed and re-evaluate my condition in the morning. What a difference a good night of sleep can make.  The flu feeling was gone but the sore ankle was still there so ignoring what my ankle was telling me, I grabbed breakfast and made the two’ish hour drive to Lake Perry in the dark.


The chilly weather woke me up as I milled around the race HQ talking to friends, getting checked in, turning in my drop bag and making some final gear checks. Finally, the RD, Bad Ben Holmes gave the pre-race brief complete with warnings of the leaf-covered rocks (braille-running, he called it), and it was go-time.

I started out slower than usual (still a little wary about the previous night’s sickness). That was alright because I’m notorious for going out way too hard. I ran with Travis Kierre and Brian Brooks, two tremendous local ultra-runners and cool guys to boot. Travis was running the half marathon so about a mile or so in he got a rocket up his a$$ and took off to catch the front-runners. Brain and I let him go. The next few miles were pretty uneventful, just running and chatting. At mile four or five I picked it up a little bit and left the pack I had been running with. It just felt like the right thing to do and the terrain was pretty runnable. I also knew that some roller-coaster-ankle-breaking-technical terrain was coming up and I wanted to make good time while I could.


I ran through the first manned aid station and was happy to see Mark Van Nuland manning the post. I’ve ran a number of races with Mark and we typically run a similar pace. He had also volunteered at the Free State Ultra and done a great job taking care of runners there. Rocks! being a two loop course, I knew I’d be in good hands on loop two. That aid station was also the point where Willie lambert’s old Rock Creek trail races used to start so there was an element of nostalgia there too.


Brian passed me in the rolling tech terrain and was running strong. That’s one thing about these races, just when you start to think you’re a bad ass, you get humbled by some of the athletes in these races. Brian finished this race in good form and then he and a contingent of KC trail nerds would run the Dogwood 50k the very next day! Two 50k’s in two days. Awesome.


Overall I felt pretty good the whole first loop. In fact, lacking some familiarity with the course and having no idea where I was when I came through the aid station at mile 15+, I failed to stop and utilize my drop-bag. My original strategy was to reload my gels, throw some body glide on a couple trouble spots, and pop a couple S-caps. At mile 17 or 18 it dawned on me that everything was looking familiar.  Oh well, I saved a ton of time by not stopping and besides, the Rock Creek aid station had to be coming up soon. Had this been a longer or less-supported race, I may have been in trouble but it turned out ok. In fact, I’ve been learning that I can run long without a lot of the gear that I’ve always thought I needed. Back in July at the Psycho Psummer, I had not even used my nathan pack opting instead for a couple hand-held water bottles. I’m starting to believe you just don’t need all that crap, especially in a well-supported race (as all of the KC Trail Nerd races are).


From the half-way point to the second rock creek aid station I didn’t see a single other runner. I felt like I was moving well and when I hit the aid station mark told me there were 15 to 20 runners in front of me. I mooched some body glide and the s-caps I’d been craving and took off. 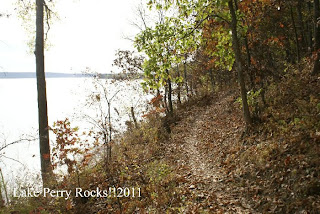 My second time through the roller coaster tech terrain I took some hiking breaks on some of the ascents as my legs were getting a little tender. I also rolled the hell out of my right ankle (again!?!?!). It hurt like hell for about a ½ mile but once I got through the roller coaster, I was able to pick up my pace and run the rest of the way in. It felt like a real breakthrough. I had never gotten stronger in a race beyond the 25 mile mark so it felt good to pick up the pace from mile 26 to mile 31.


I hit the finish line 45-minutes earlier than my previous 50K PR. Now, since all fifteen of my previous 50k’s were on courses called Psycho, Psycho Psummer, or Flat Rock some of this could be attributed to Lake Perry being a little more runnable of a trail. But it was also my first top twenty finish in the 50K distance (17th overall). Glad I didn’t listen to the pernicious thoughts trying to talk me into not running this race. They say to listen to your body, but if I did that I wouldn’t do half the shit that I do because my body is a serious slacker.


What a great race. Huge thanks to Bad Ben Holmes and the KC Trail Nerds for a stellar event. Thanks for bringing races back to Lake Perry. The Rocks! Race series is a worthy successor to the Rock Creek trail races. Thanks also to Brian & Travis for sharing the trail (for awhile, anyway). Tons of gratitude to all of the awesome volunteers who make the races happen. Much thanks to Dick Ross and his fellow photographers of www.seekcrun.com, nobody does it better! It was also great to see Cameron out there again running the 10k, and Eric Viera and Gary Henry killin’ the ½ marathon.


Most of all, thanks and love to Jessica, Alyena, and Ayden; my unconditional support crew! The good luck note you guys left on my desk was awesome! 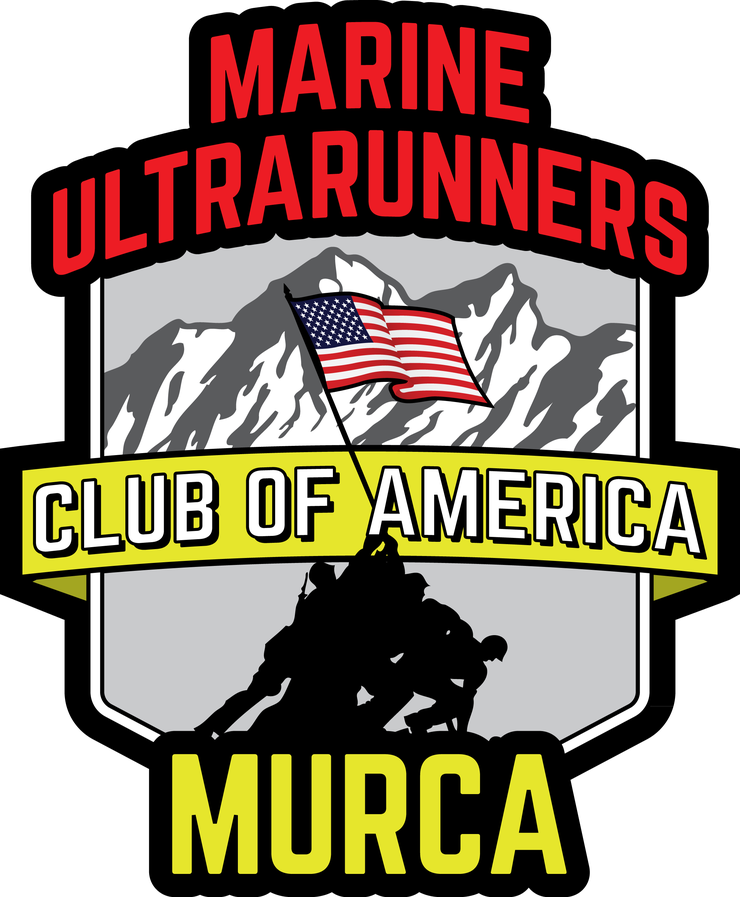 Where I run: Favorite Local Trails